in an ideal world 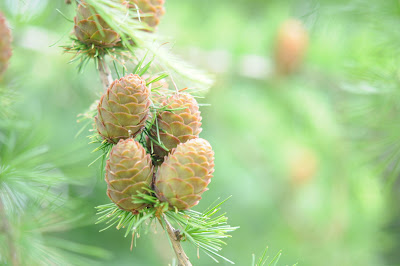 when i think of the world that our daughter will inherit, i get a little overwhelmed. there's a lot of talk of C02, global warming, rising sea levels, oil shortages, cap & trade, quotas...and it's hard to sort it all out. and if it's hard for me, when i write about that stuff for a living, then i can imagine that people feel really overwhelmed and we begin to wonder what we can do.

we were wondering about that and discussing it a lot at our house. and the conclusion that we've come to is that although it's pretty overwhelming, we've got to do something about it. as us. as individuals. because that's the only way to begin to make a difference while governments tussle over how to decide and figure this stuff out in a meaningful way. because if we don't start doing stuff ourselves, it may be too late for our 8-year-old and the world she will inherit. we've got to change now. we have to consume less and get a totally different relationship to the world we live in. or there won't be a world to live in--at least not one that's a nice place to be.

so if i could imagine how i would begin to make this change, here's what it would look like:

these are just my own initial thoughts on this project. if you are like-minded, please do leave us a comment, we'd love to start a dialogue on how to begin to make this change.
* * *
NOTE: this blog is a collaboration between a dane and an american who have been together for a decade--which explains the danish/english mix. we're looking for like-minded people to enter into this project together with us. we've been looking at farm properties, but have only just begun. email us at livetpaalandet@gmail.com if you're interested.
Posted by julochka at 11:48 PM

Oh J, I am now even more in love with you than before. This is a great project and I would love to spend hours endlessly bashing your ear on this subject. BTW, what does the title mean?

Ok I'm exhausted and should go to bed...but, basically, this KIND of what we are doing. We live on a farm, which belongs to our good friends and neighbour. We own the pigs as a coop, later in the year we will slaughter and share the meat. Soon chickens will be added! And this year we've grown a lot of veg for the first time, and fruit. Next year we will have a proper allotment, all to be shared with our friends.

We've toyed with car shares but, TBH, in the country you are SO reliant on transport that we daren't risk not having a car available. But our children wll soon all be at the same nursry, then school, so car shares for that will be possible.

What else? Hmm, yes meat is an issue. I look at the stuff we buy every week and think how we need to cut down on red meat and eat more pulses, as does the whole world. No progress made here...

Just rambling, but we are making a start of the kind of life you talk about. And we love it!
x

VEG - it means life on the land.

Fantastic! Very well put! We bought our farm 2 years ago for this very purpose., and have began our vast experiment of self-efficiency. Though we don't share our property with others for living, we have a huge garden that some friends of ours are sharing with us. We hope to be able to grow to have a stand at our local farmers market. We also have chickens and that has been a grand adventure this far!

I find that in virtually everything I do, I think about the impact that decision will make. My husband and I have two cars, but for the past year have only used the one (we work together, so this is very helpful).

I've gone on too long. I look forward to reading your blog!

If I ever leave my husband (or he me) then I'd be there like a shot. 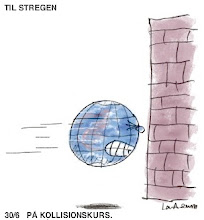